1.) Write about a time you had to crawl through a window. (inspired by Barb from Half Past Kissin' Time)
2.) List 10 shows you're glad have seen their last day.
3.) A bad day.
4.) Share a joke that always makes you laugh.
5.) On a piece of paper write down something that makes you happy...take a photo of your paper and wa la...there's your post.
Bonus Vlog Option!
6.) Has your child thrown a temper tantrum in public? Create a video where you describe what happened and how you handled it.

Isn't it funny how the human mind works? Just ask any Mother who endures excruciating labor pains to deliver a child...within a few weeks of the experience the memory of the intensity of the pain has severely lessened.

My mind is being very human these days...it's making it difficult to blog!

I'm sure I've had many a bad day, but as of right now can't think of one clearly enough to document it here.

LOTS of things make me happy; I just think actually writing about it is more therapeutic for me than taking a picture of it.

There are certainly more then 10 TV shows I am glad have ended and just as many that I really miss (like ALIAS! Man that was an exciting show!)

I love to laugh! Comedies are my usual choice in movies; currently I cannot think of a joke that makes me laugh every time I hear it.

AND since I blog mostly on the down-low (anonymously), the VLOG option is out.


SO, a time I had to crawl through a window.
I know I've done it; probably MANY times.
There was that time I had to escape with my life from a really high bathroom window...


oh wait, that didn't really happen. BUT it could have!

When we were in elementary school, I'm thinking my younger brother didn't like me too much! He used to corner me in the bathroom and stand outside the door with things like, oh, a baseball bat, a pocket knife, sometimes my Dad's gun (not loaded THANK GOD!).
Believe it or not it is rather comical now! My younger brother knew just how to push my buttons, terrify me, and in general, terrorize me! I see some of the same behaviors in my 3 year old boy and my seven year old girl.  I keep telling her if she'd stop acting scared, he's stop doing it!
But back to my story...
There really were days I thought my only option would be to jump or get beat-down! Little Bro would bang on the door with the bat (and not cause he had to go)! He would wave the knife under the door to let me know he was still there.  At least once, he chased me across the yard with Dad's 12 gauge (which mysteriously relocated to a relative's house after one of these incidents).

One of my fondest window memories also concerns that same younger brother.  He LOVED the Dukes of Hazzard! Quite frequently, it was NECESSARY for him to enter and exit vehicles through the rolled down window (you know, the old fashioned ones you had to crank forever to get them all the way down?)! Right now I can't help but chuckle because I can see him doing it like it was yesterday! Mom would run into a store, leave us in the car, and come back out to him sitting in the window! His legs would be inside the car, but his rear was on the door/window jamb, and his entire upper body was out the window.  I think there was a lot of the word yee-ha! going around too!

Other good window memories, which STILL do not involve actually crawling all the way in or all the way out, occurred in college.  I lived in an all-girl dorm, in the middle of campus, all the way up on the 6th floor.  I don't think the rules for the dorm ever specifically said you couldn't remove the window screens, but they most likely are VERY specific now! My roomie was a smoker, or at least she became one right after starting college.  Obviously, she couldn't smoke in the room, and what a pain to have to go downstairs every time she wanted a cigarette, right?
So, we "tampered" with our windows.  It was quite easy; I mean, we were both engineering majors and certainly knew how to use a screwdriver! The more amazing fact, here, might be that two freshman girls HAD a screwdriver! Anyway, we got those screens off, hid them somewhere and for the rest of the year had our own little open air veranda.  Well, sort of.
See there was no ledge or fire escape or anything like that.  We would just pull our desk chairs in front of the window, sit on our knees and lean out.  Sounds safe, huh?
In fact, we even took pictures of each other that way from our respective windows. Roomie met a guy that way; she called him Romeo. Isn't that romantic?  I'm not sure the relationship lasted that long, but what a cool story, right?
After Halloween, our pumpkin, which we'd named Mr. Evil (or something to that effect) had pretty much rotted! I mean, he smelled! So, what else to do with Mr. Evil but chuck him out the window and watch him smash into smithereens on the brick walkway below, right? It was tons of fun!
Roomie was really responsible for me soul-searching and trying to discover who I was.  I did a lot of things that year I most likely wouldn't have done on my own.  But it's ok! no regrets...
Anyway, at some point, we sort of (well almost) got in loads of trouble.  Someone pin-pointed our floor and suite as the culprit for tossing objects out windows! We honestly never had intention of hurting anyone, nor did we aim for anyone.  We just had tons of fun with unofficial Physics experiments - you know, 9.8 meters per second and all that jazz!
Looking back, I'm really glad we never had the bright idea to try and climb out one window and into the next.  If so, I might not have been climbing anywhere except into a pine box :-)

I'll leave you with some favorite "window" quotes:

"Friends are like windows though which you see out into the world and back into yourself...if you don't have friends, you see much less than you otherwise might." ~ Merle Shain

"The eyes are the windows to the soul" ~unknown

"People are like stained-glass windows.  They sparkle and shine when the sun it out, but when the darkness sets in, their true beauty is revealed only if there is light within." ~Elisabeth Kubler-Ross

When God closes a door, He opens a window! 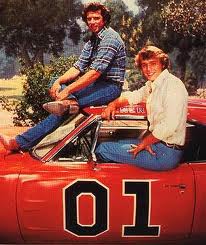 Posted by leslie@gleaninggrace at 12:00 AM