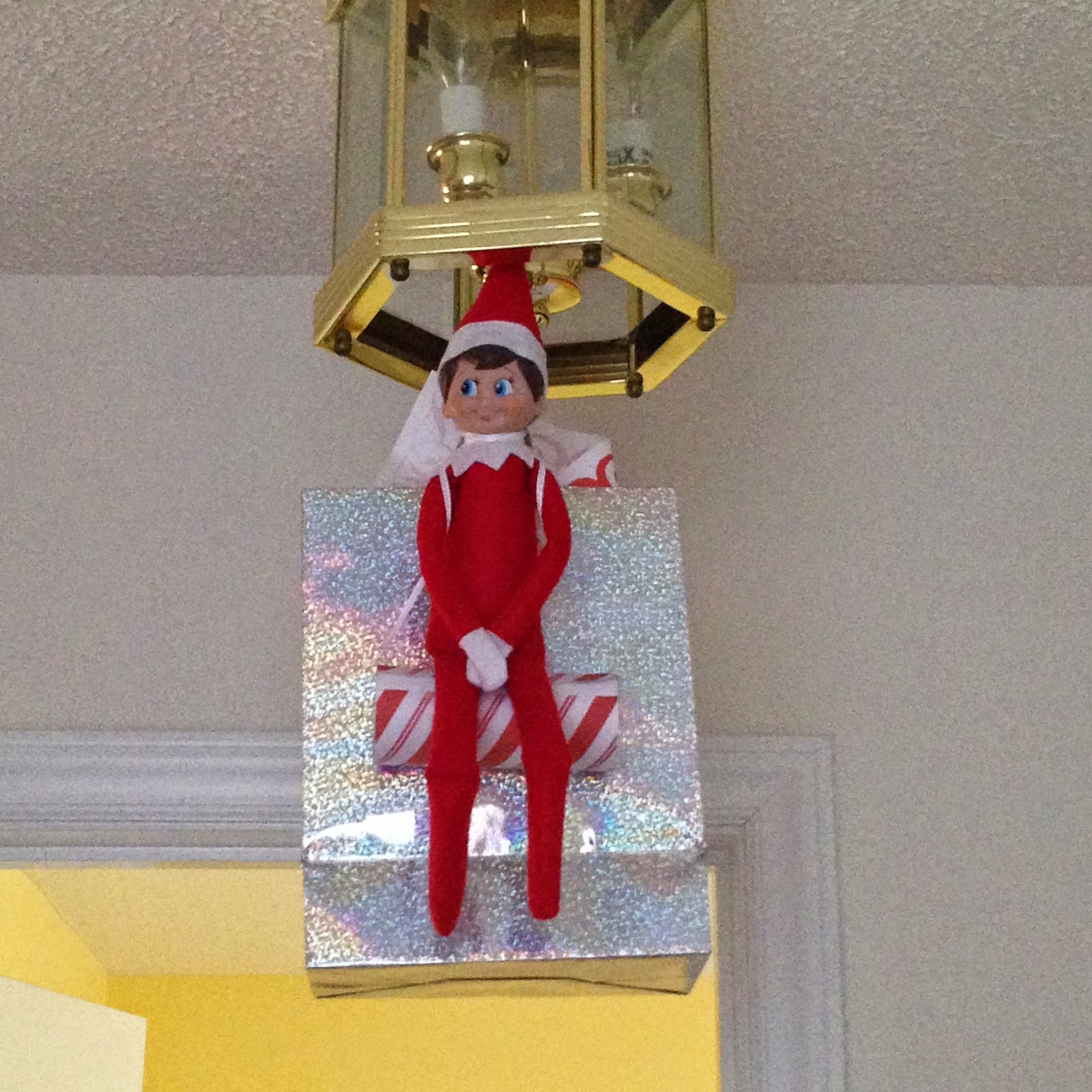 Before I'm even awake good I hear his little feet jump from the ladder on his bed, down to the floor, landing with a thump.
The bedroom door opens and I hear the pat-pat-pat of his feet as he runs through the house.

"Ummmm," I mumble from the far side of the bed.
His little voice is so excited and I know he has been this way every morning since Thanksgiving.

I pat the empty space in the bed beside me and say, "come cuddle with me, Buddy;" he ignores me.

At six years old, he's still a Mama's boy and has lots of anxiety over being left at school, Sunday School, and just about anywhere else.  He'd rather go with me wherever I'm going -- even Walmart--but he doesn't want just anyone to know these things.
He's small for his age and is often mistaken for a preschooler.
Most of the time, there's a ton of sweetness packed into that little body.  I just want to pick him up and squeeze him tight, kiss him, and keep him from getting any bigger. Sunday morning I did that {well, except for the keeping him from getting bigger part}.
He climbed in my lap to tell me a secret as we sat in the church pew before worship began.  His eyes twinkled with mischief as he came to whisper to me, "Daddy's code to his new phone is XXXX!"
He was just so sweet and his dimples too delicious to not scoop him up for a kiss.  He didn't even protest, though there were tons of people around to see.

And I know these moments are fleeting; even as I live them they are bittersweet because I know they are numbered.  And selfishly, I don't want them to end.
I want my kids to stay this young, this sweet, this innocent.

That's why I choose to do Santa and the Elf on the Shelf with them. They know the real reason we celebrate Christmas is Jesus, but they also enjoy these other celebrations leading up to Christmas day.

There's been a lot of controversy lately, especially in cyber space, about "lying" to your kids when you include Santa in your Christmas celebration.
There's even this meme circulating Facebook: 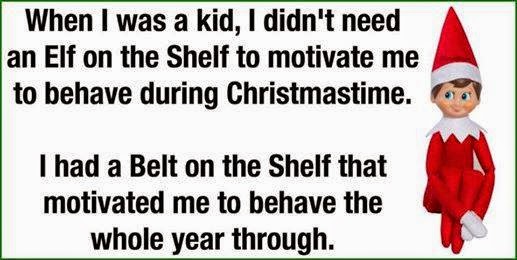 And while it did provide me a chuckle, I realize that there are lots of different ways people use the Elf on the Shelf and Santa as well as lots of misconceptions about how they are used by those who choose not to use them.

Now, this blog isn't my way of saying "this is the proper way to do it," or me being judgey about what someone else chooses for their family's Christmas traditions. I'm simply stating how we do things here and sharing my recent observations.  I realize that some people will still think that, but there's my disclaimer {wink, wink}.  Just check out this poor lady's blog, the comments especially, where she gets reamed for misleading other Christians! 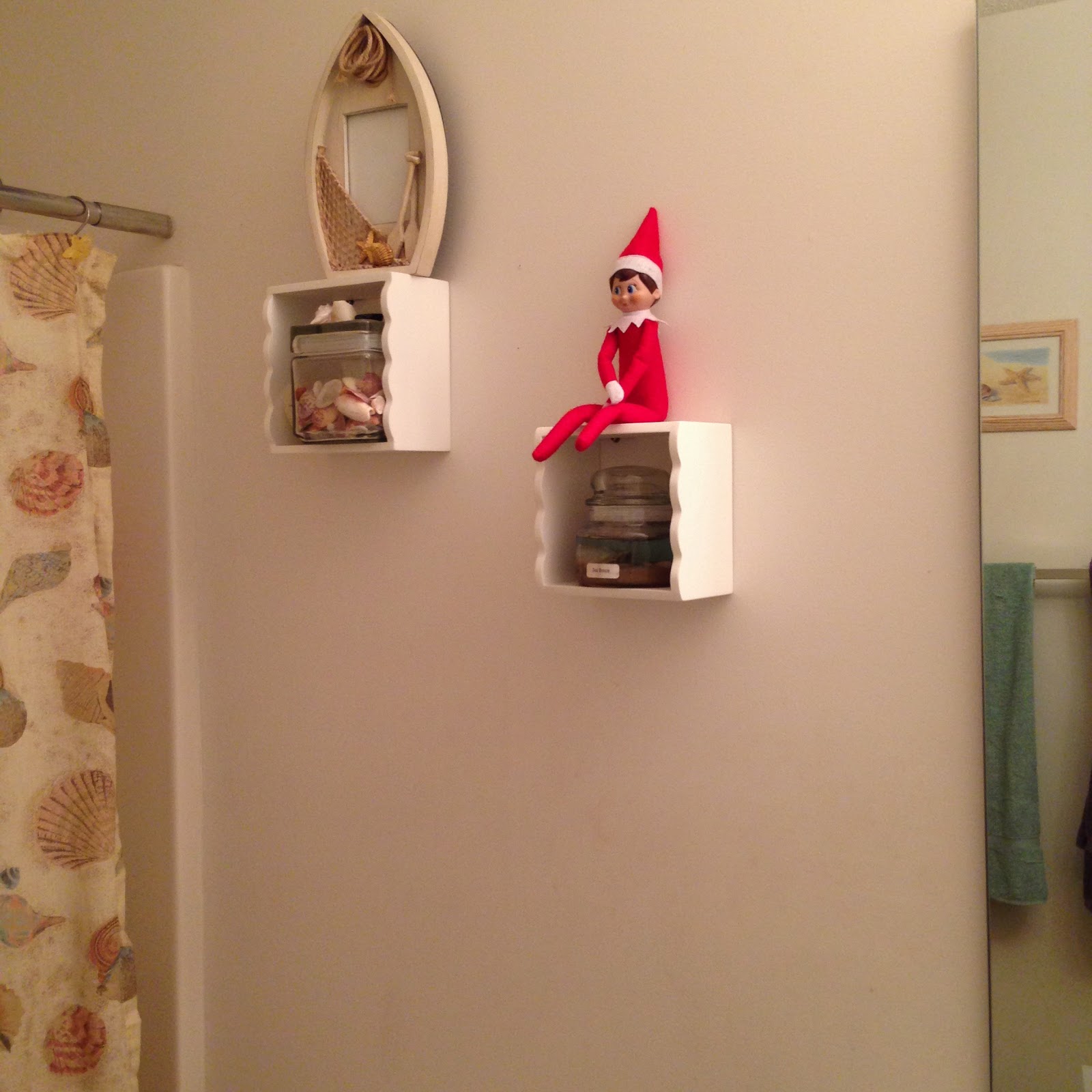 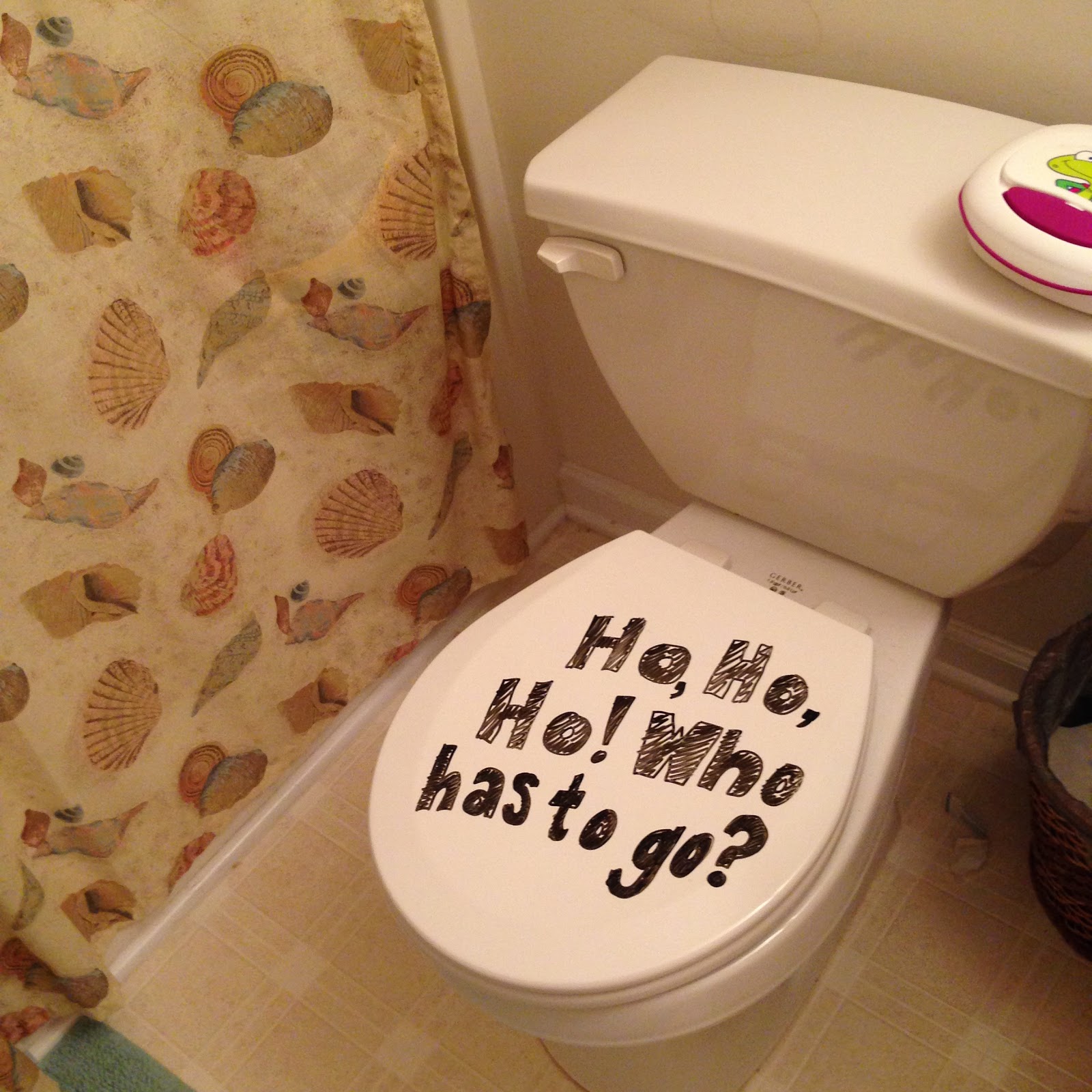 I agree with her on lots of points, but let me start by saying that we don't do the "guilted" good behavior in our house.  By that I mean, I want my kids to be "good" {as good as kids can be when they're normal} for the sake of being good, not because they feel their Christmas gifts are threatened if they don't.  And we don't make our elf, "Mr. Jinx," out to be some creepy I'm-watching-you-and-reporting-back-to-Santa toy.  {For similar content see this.}

In the aforementioned blog, the author does a great job of addressing some of the most common objections to Santa: balancing secular Christmas with a Spiritual Christmas; is it lying or supporting an unhealthy view of reality?; Santa promotes rewards for good works. I think one of the most important points she makes is that EVERY SINGLE HOLIDAY  and occasion {not just Christmas} in this country are completely over-commercialized and exploited in the name of making a buck.
I am fully aware of the charge we have as Christians to be IN the world but not OF the world. BUT, I also know that it's not my job to tell other people's children the truth about Santa! When you have kids and you choose not to do Santa with them, there is no guarantee that they will keep the "secret" to themselves. 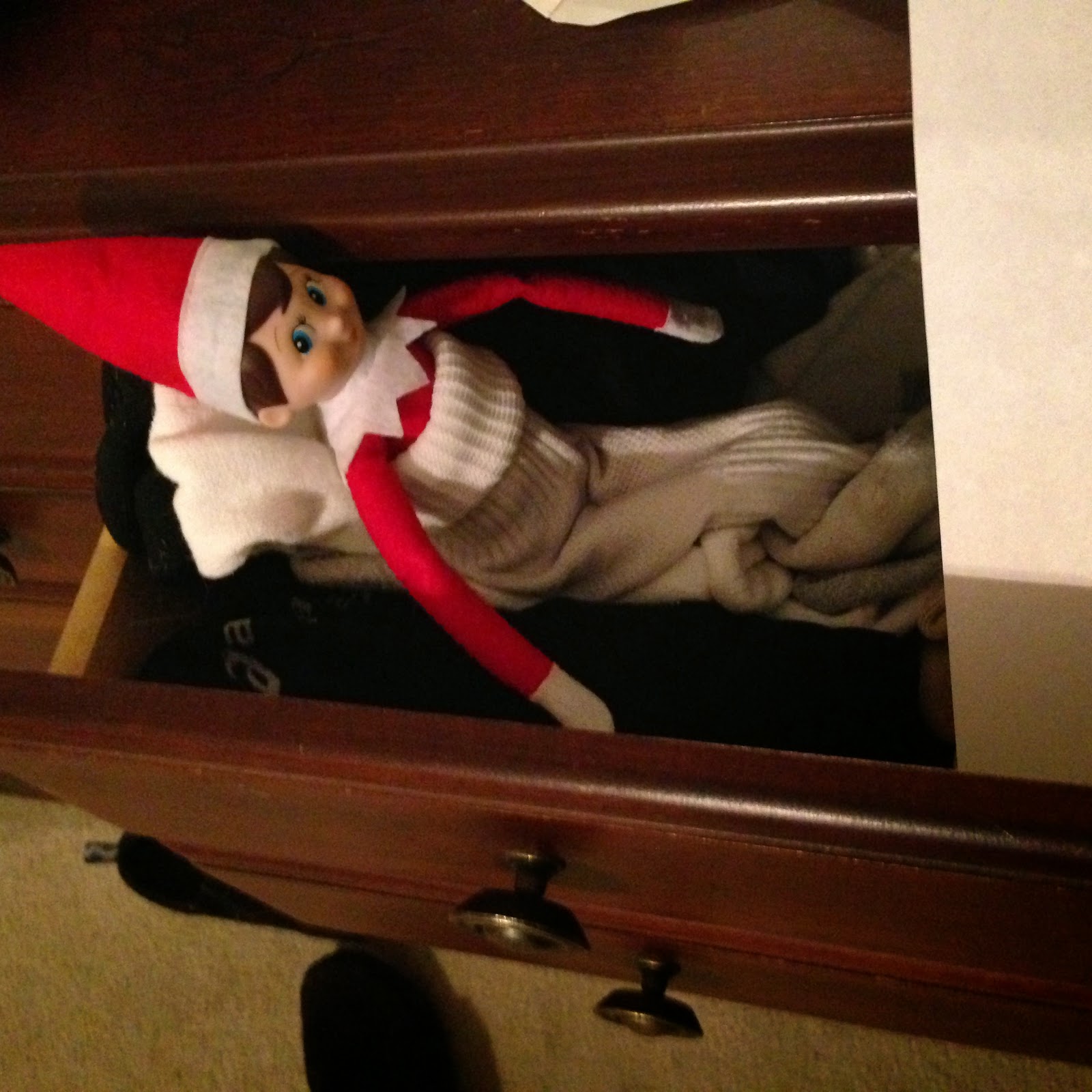 As with everything in life, it's a balance.

A few years ago, much earlier than I had planned, I had "the Santa talk" with my daughter, who was 7 at the time.  She had become quite bold in her Christmas requests and was really portraying an attitude of entitlement.  I didn't want to lie to her with her some "Mommy and Daddy have to pay Santa for all the toys." At the time, Buddy was still quite young (3, if I'm remembering which year this happened) and we were a little concerned she might ruin it for him.  So I slipped her a letter under her pillow one night addressed to "The Keeper of the Magic" {an idea I stumbled across online for older kids with younger siblings who still believe.} The idea that she helped keep the magic of Christmas alive for him, has worked wonderfully for us. 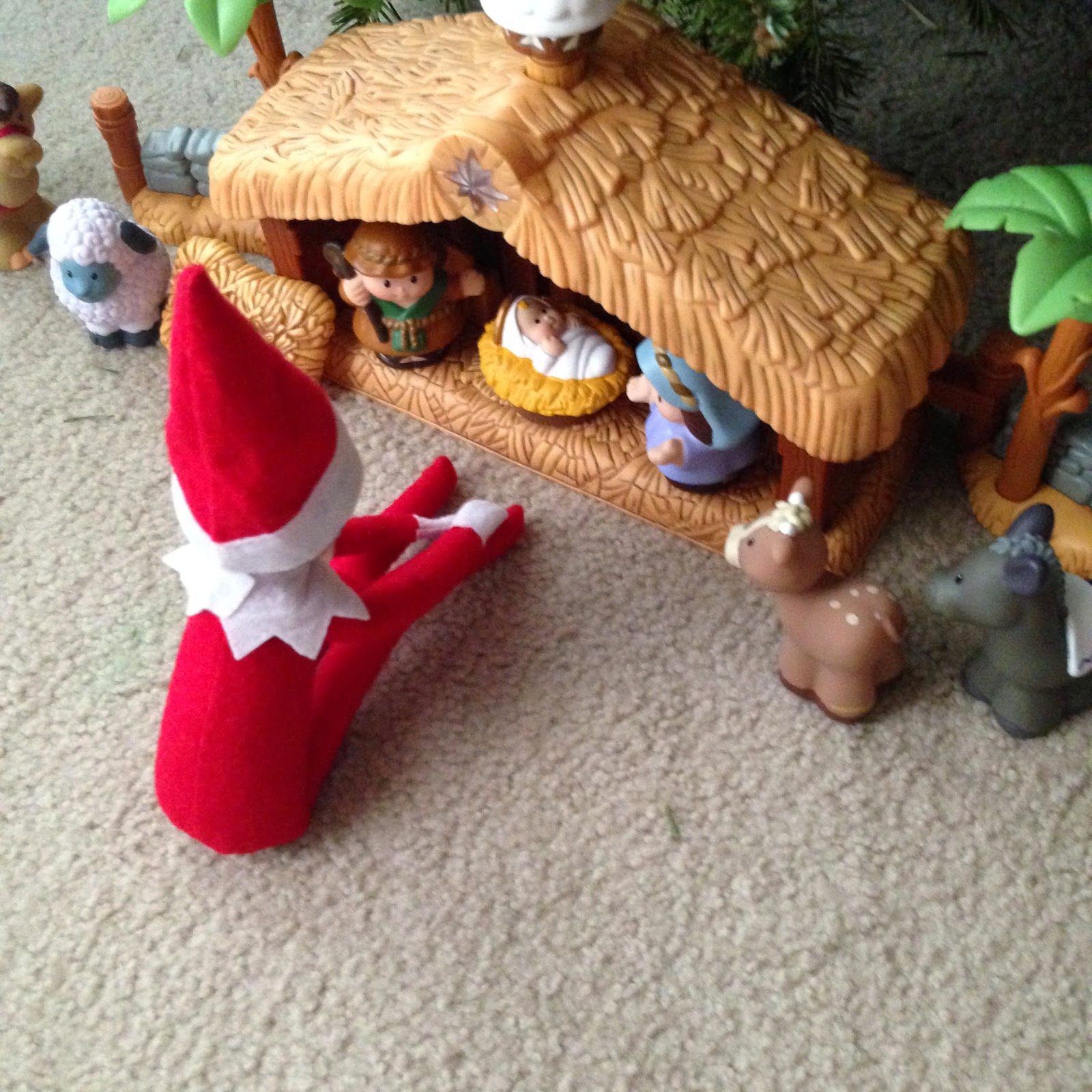 My son, even though now only 6, is quite astute and asks TONS of questions.  I sense the day when he asks me outright, "is Santa real?" is not far off.  And when he does, I will not lie to him.  Already, when he asks me a question that I find hard to answer without an untruth, I turn the question around on him: "well, Buddy; what do you think?" Last week, for example, we saw an older gentleman in Walmart who looked remarkably like Santa and was dressed like him from head to foot.  He greeted every child he encountered on his trip through the store and my daughter even took a picture with him.  Buddy, on the other hand, was quite skeptical; he shrunk back against me and just watched.  After the picture taking, he asked me if that was the real Santa.  Since we were in a public place, the best thing for me to say was "well, what do you think?"

For all the people who say Santa is a lie, I would remind them that life is full of teachable moments.  That there was a REAL man named Saint Nicholas. Here is just one source on the subject, but of course Google will afford you many more hits when you search "The Real Saint Nick." And this is where I would also ask, "so what if he wasn't real?" Isn't there still something from the legend we could use to teach our kids that it is more "blessed to give than to receive?" 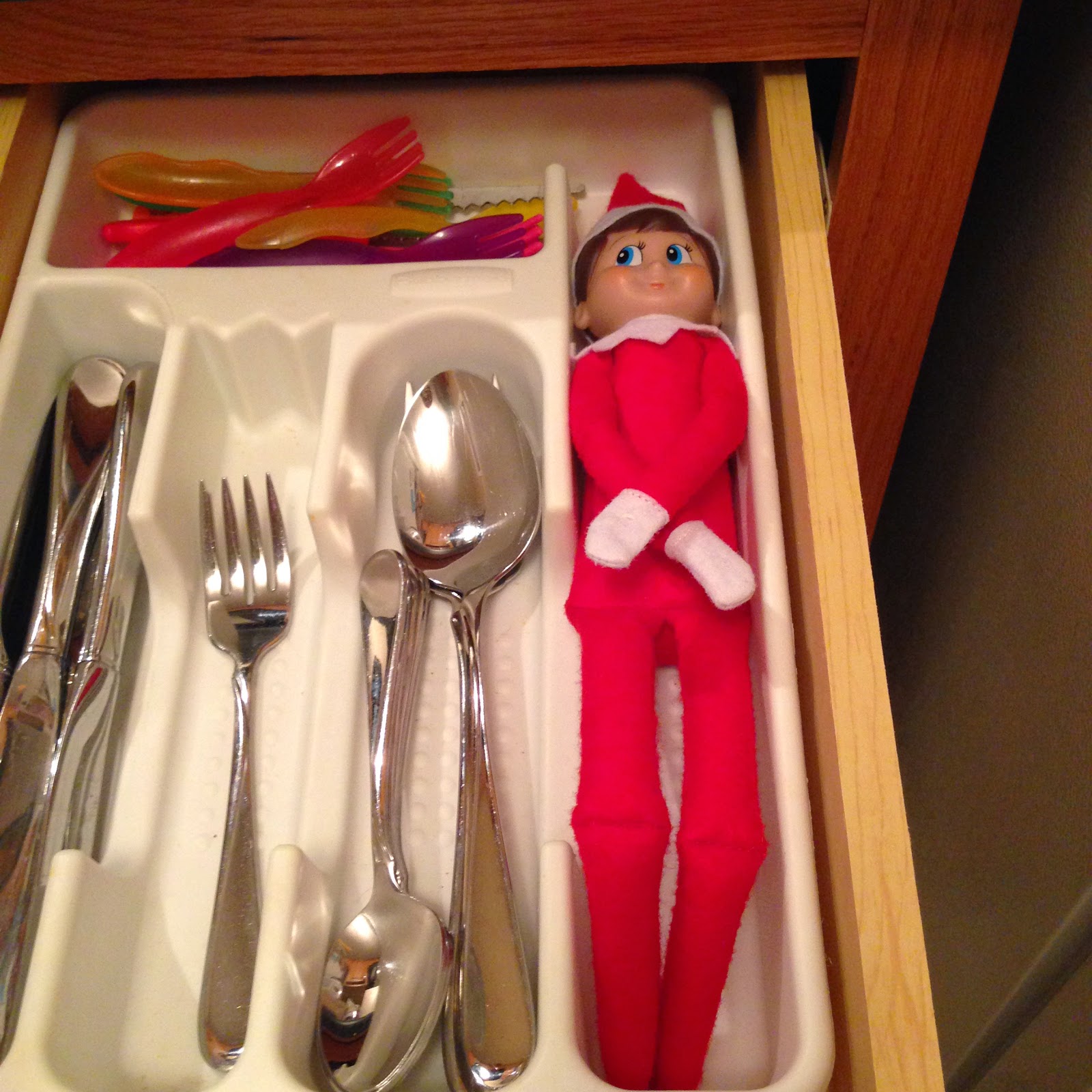 I will not post all of the letters my kids have received from our elf, Mr. Jinx, but I will say this: Mr. Jinx takes every opportunity in our house to remind the kids to be kind and loving to each other.  He reminds them of the real reason we celebrate Christmas and why Christmas wouldn't be the same without Christ. Here is one excerpt:

Always remember the real reason we celebrate Christmas:
God sent the BEST gift to us in the form of His son, the baby Jesus.  One way we can show our love for others is by remembering his sacrifice and giving gifts to others this time of year.  Also important to remember, the size or cost of the present is of little importance compared to the value and love behind it.  Sometimes the best gift is just a hug or a simple act that shows you are thinking about the other person.

He has also "intervened" when the kids have been squabbling over something: reminding Buddy that he is the little one and that Sweetpea is his big sister, who generally looks out for him.  In the same letter, he reminded Sweatpea that part of growing up is learning to do things for oneself and that Buddy would learn more from his mistakes and hardships than he would if she did everything for him or corrected his every move.

I didn't expect it to work at first, but I suppose it's similar to how kids tend to listen to a teacher better than a parent sometimes. Hearing the same things from someone else sometimes makes them "stick."

I wanted to be sure when we incorporated an elf into our holidays here, that it fit into what, and why, we already celebrate and didn't trump anything we already did.  While I'm sure some people DO use an elf on the shelf to enforce good behavior, I don't think MOST use them that way.
After we started our elf adventure, I found this: it might be helpful for someone else considering an elf in their home. 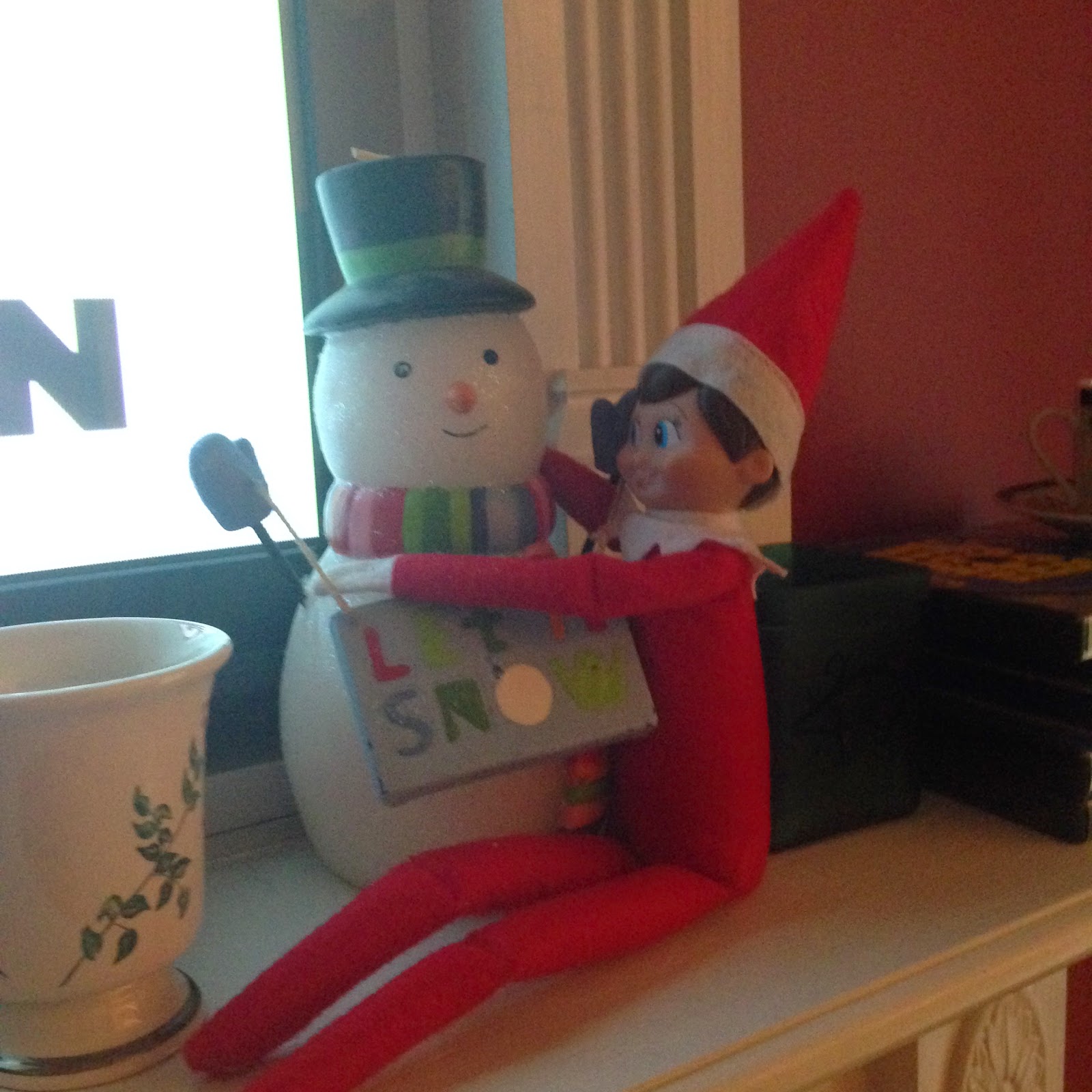 I think the bottom line is this: would it be ideal if our secular society ONLY celebrated the true meaning of Christmas - Christ? Of course!
Do I wish that that were the case? Yes, again!
But this is reality and we live in a society that is, unfortunately, moving further and further away from God and the true meaning of Christmas.  As for me and my family, we will not let that happen! I consider it my job to teach my kids how to live as a citizen of this world, while having an eternal home in Heaven.
I may not do the best job 100% of the time, but having that goal and striving for it is better than not trying at all.

As I said earlier, I didn't write this to critique anyone else's interpretation of Jesus, Santa, and an elf in their Christmas.  I wrote it to say that this is meant to be a joyful time of year; let's stop judging each other for how we celebrate that joy.  After all, how can we be joyful and enjoy our Christmas while pointing fingers at someone else's choices for theirs?

Yes, I know I've been conspicuously absent from this space for some time.  I've missed writing.
There are a lot of blanks to fill in, and I certainly have enough material to do so, but not this week.  I've learned that writing can be therapeutic for me, but it can also be obligatory. So when my hubby left for an 8 day trip on November 30th, I knew I had to drop anything not completely necessary while he was gone. I waited to be as present as possible for my kids in the midst of an already busy time.  Even since his return, things have been crazy and I wanted to be IN the moments we were living rather than taking pictures {although I still took plenty}, or jotting down notes for a blog post.
More things coming soon, so stay tuned!


Posted by leslie@gleaninggrace at 12:17 PM