The Lord will fight for you; you need only to be still.”

He stilled the storm to a whisper; the waves of the sea were hushed.

“Now then, stand still and see this great thing the Lord is about to do before your eyes! 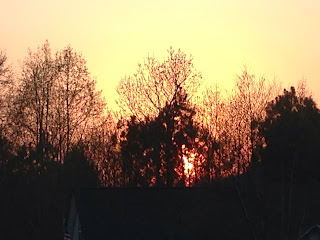 When I searched "be still" on Bible.com I got almost

The one I was specifically looking for was that first one from Psalms: the commandment to Be Still and know that He is God.

I know that He is God.

I know that He is in control.

I know that He holds me in the palm of His hand and that He walks through trials with me (sometimes He carries because there is NO other explanation for my
making it through).

But y'all? I have a real hard time with being still.

I am analytical and I am a questioner - to a fault.  I often can't leave well enough alone.

As much as I know that "God gave us 2 ears and 1 mouth so that we could listen more than we speak," I have a hard time managing that too.

As I was lamenting my little man's mild head injury, some friends of friends were in a hospital.  Their 7 year old son hooked up to all sorts of machines and a ventilator, unresponsive.  Just the day before he had been hit by a car and incurred 2 very serious injuries.

A few hours after my post about my little Buddy, theirs went to be with Jesus.

And when I found out, even more hours later, I thought my heart would break into a million pieces. 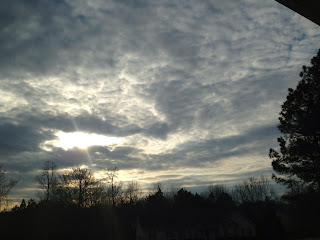 I know with my head that we live in an imperfect world.  I know that there are consequences for our actions.  And I know that even when we try our best to do the right things and not make mistakes, accidents still happen.

I believe that we all have a limited number of earthly days.  We aren't promised tomorrow.
Heck, we might not even be promised the rest of today!

But the death of a child is just one of those things I have a really hard time wrapping my head around.
The thought of losing one of my children, can almost paralyze me.

And it's here, in this heartbroken, questioning, and maybe-even-a-little-angry place that I know I will never "get it." Not on my own.

I have been absolutely bombarded in the last 3 days with images, stories, devotionals, and facebook shares about accepting myself as God's creation.
The messages have all been similar, but woven throughout is the realization that I must go deeper still into His word.
That I must become closer to Him to even BEGIN to understand his wonder and love for us.

And I have a long, long way to go.  But I'm determined.

I decided the best route is to just be still and listen. Listen until I can't listen anymore.
Listen until I know His voice better than my own.

Listen for Him to lead and guide me in EVERY.SINGLE.DECISION I have to make everyday.

What better way to learn to trust Him fully?

I don't know how many days I'll write on this.

I don't know if it will be a finite series or just a topic I write on occasionally.

Feel free to join me in being still... 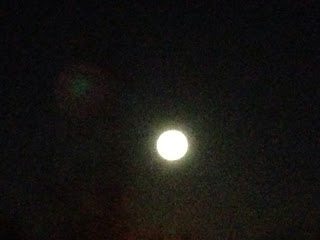 Posted by leslie@gleaninggrace at 11:28 PM