Day 8: {31 Days of Grace} Rinse and Repeat - Mistakes and Heartbreaks 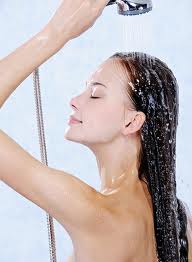 I never intended for {31 Days of Grace} to be a back and forth between my past and my present. In day 4 I started the story about John, bounced away from it on day 5, came back on day 6, and then bounced away again for day 7!

When is life ever what we intended, though?

Here are my 2 theories for why it has worked this way:

1.) I always procrastinate on things I don't want, or don't like, to do {this task meets both of those rules}

2.) As much as I would like to get away from it, forget it, erase it from my memory forever, my past is forever a part of me and therefore cannot be completely separated from the present.  I am learning through this process, regardless of how painful, to accept my past mistakes and use them for good {at least I hope so}.

To get back on track, I left you on Day 6, on Christmas Break my freshman year in college.  John and I had been together, rather happily, for about 18 months.  There were a few little blips on the radar, during my freshman year, but nothing I thought was huge. In fact, we left school for winter break and I thought everything was great.

Until Christmas day...
I'm sure we spent time together between coming home and Christmas day but I really don't remember.  He gave me several things for Christmas and I really have no idea what I gave him.
He left one present for me to open on Christmas day even though we had exchanged everything else.

It happened to be an outfit I had picked out a few months earlier when we went shopping together; a denim skirt and blouse that I was just crazy about - it was cute and casual enough to wear with jeans or casual pants, but still dressy enough to wear to church or a nice night out.

John seemed really weird when I opened it, but I chalked it up to the fact that my family and many of my extended family were in the room at the time.  A little while later, we left to go spend some time at his house alone.

I don't remember what we did; likely not much because we would spend 45 minutes to an hour just going back and forth between my house and his.  I do remember the ride home - the silence...his hesitance to hold my hand or put his arm around me...my confusion because I thought everything was fine.
I remember sitting in my driveway, silently debating just kissing him goodnight and telling him we'd talk tomorrow; it was Christmas after all!

BUT, as usual, I just couldn't let it go; if something was wrong, I wanted to know and I didn't want to delay it.
So I asked...

I don't really remember what he said; I don't remember his reasons; I think it was something to the affect of "I'm not happy and I haven't been for awhile." Those words would become a reoccurring theme for us.

The conversation went on for some time; I know there were tears - from both of us - and I went inside, a newly single college girl.  It stunk to have to tell my parents that this guy they thought hung the moon had just dumped me on Christmas.

The next two months are a blur...
we went back to school, got back into a routine, but stayed in touch.  We had lunch together, sometimes hung out on the weekends and ended up at the same suite parties.

I started seeing someone else; a really great senior guy I had met at the Baptist Student Union.
I wonder sometimes how my life would have been different if I had kept dating him instead of going back to John.

John had started talking to his previous girlfriend again; weird because she'd moved back home with her parents and lived at least an hour and a half away from where we were in school.

One afternoon (either Sunday or Monday) he invited me over to watch tv in his room and hang out.  Looking back, it almost seems like he was bragging; I wonder if he'd intended for me to find out.  John seemed very cocky that day and sitting there watching tv with him, I knew!

I knew what he had done and I asked him outright - "When she was here this weekend - you slept with her didn't you?"

Before he could answer, I could see it all over his face.

That may be the MOST painful point in our relationship, over all the break-ups and other difficult conversations.

While I am not so much into writing "cliffhangers," I think I'll stop there and pick up day 9.

Praise God for His Grace which I so need, but certainly do not deserve!

Posted by leslie@gleaninggrace at 11:26 PM