If what almost happened today, had REALLY happened today, what would I do?
How would I tell my husband, my daughter, my parents and in-laws?
Would they think it was my fault?
Would I be charged with negligence? 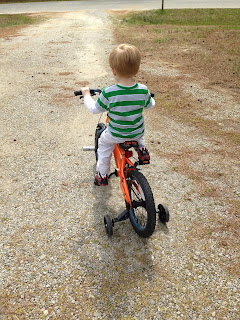 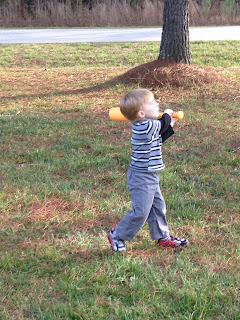 The same tears that have sprung to my eyes several times this afternoon are back as I tell you this...

...I almost lost my son today.

I mean, all Mama's have had scares.
I've had scares before in public places; places like the clothing sections at Walmart - they just seem to call out to kids, "come and hide!"

On my second pass through the section I thought he was in, I really thought he was gone.
I wonder if anyone else could see the panic on my face.
Sweetpea must have - only, I had to ask her twice - TWICE- to stop what she was doing and help me find her brother.

We went to a large hands-on children's museum in Raleigh today and it was packed to the max with Elementary school kids.
It was the third grade field trip, but because of timing, I had to choose to go and take my preschool aged son or not go at all.

Everyone was having a good time when we found the money room.
Lots of GREEN plastic balls like the ones you find in a ball pit and tons of activities including conveyors and games that took the balls from one location to another. Coins and fake paper bills abounded as well.
All the kids loved this room regardless of their age.

The way it was set-up, there was a large structure positioned in one corner, but taking up almost half the available space of the room.  It was open all the way around the outside edges making an awkward circle for the kids to get around from one activity to the next.

Or, to go missing.

I'm being completely honest when I say my son was sitting at my feet in a ball pit one second and the next time I looked he was gone.
He had been roaming back and forth between me and Sweetpea all morning, so I assumed he was with her.
I immediately got up and went to go check.

I found her and her BFF, but no Buddy. (I should mention, Sweetpea was with her BFF and BFF's Dad so that I could keep up with both kids more easily.)
I asked her where her brother was.  Her "I don't know" was very unconcerned.  So I walked around the circle once more, peering into corners and play-spaces and trying not to panic.
I made it back to Sweetpea, again asking her where he was.
She STILL didn't stop what she was doing and help me look for him.
I started the circle again...
about halfway around, I peered through a window, called out to Sweetpea by name and yelled, "Help me look for him!"

Before she could get around the wall between us, Buddy come running up to me.
At this point, I had tears in my eyes and was about to be hysterical because I thought my son was really, truly gone!

In that short 2 and a half laps through this play area, my mind had done this...

And lastly, because no one asked me if I was ok or if I needed help with anything, I thought this:

How terrible it must be for someone whose child is kidnapped or just disappears to be asked all of these things!
To be blamed.
To be victimized even further by family and friends and strangers alike.
To ask themselves those hard questions everyday, yet get them from other people as well.

I did what I have always said I would not do; I got mad.
Even though I was almost crying, Buddy thought I was angry when I pulled him aside.
Because, did I mention, he was running towards me, but he had no intention of stopping?
He didn't know he needed to.
He didn't know he was lost.

I grabbed his hand and held on tight, squatting to his level to tell him how worried I was.  To tell him not to EVER, EVER, leave me again without telling me where he was going.
And he was oblivious to my whole panic.
He just wanted his hand back so he could run and play some more.

So I let him.
But I followed closely and never let him out of my sight the rest of the time we were there.
And I do feel guilty!
As a Mom, I'm not very entertained by ball pits and pig bellies that burst open and rain down green balls when they get full enough.
I quite possibly was playing on my phone: texting, sending cute videos and pics of the kids to their daddy, scrolling FB...
And NOT a single one of those is a good excuse for what happened.
I always thought I'd made a good effort to look up every few seconds and check on my kids.
I really did.
And maybe I do/did; BUT it doesn't take much more than a second of a parent being distracted for a child to disappear (with or without assistance).

And, Lord, I would rather not learn that lesson the hard way!
Today was a lesson in grace.

A resounding command to love the hurting.  To help them and to never blame.  To not ask the hard questions, no matter how curious I am, because I know the Mama has already asked herself a million hard questions a million hard times.
To not judge - because it is never my place to do so.

And praise God for Grace and unnecessary panic! 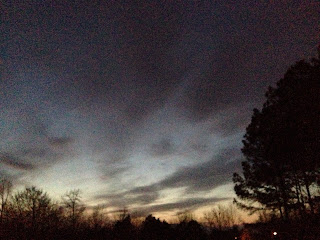 P.S. In light of these events, can I ask a favor?
Pray for me? Sweetpea has a dance competition in Myrtle Beach, SC this weekend. Not only will we be driving down as a family, this competition boasts over 9000 young athletes.  Yes, you read that correctly - Nine THOUSAND competing kids.


Posted by leslie@gleaninggrace at 11:03 PM