In the midst of everything I had going on this month, I decided to throw some crafting into the mix.
Most of this was done early in October, not long after I saw this pin on pinterest: 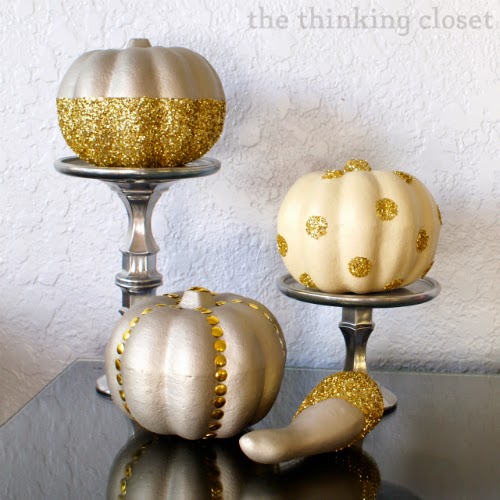 
I can't remember a time when I didn't love to create so Pinterest can be a huge time suck for me if I let it.
I try to only pin things I see other places rather than scroll through pages and pages of pins.
I did also complete another craft project this month and I'll share that one in another post.

I liked the simplicity of this craft, plus the fact that she said most of it came from the dollar store.

I went to my local Dollar Tree and was able to find all the glass candle pedestals and plates.
I found the orange pumpkins she used, but when I realized they were actually Styrofoam, I passed.

I ended up finding already "glittered and glammed" pumpkins at Walmart for less than $4 each, so I just picked them up there.

I also picked up heavy duty adhesive suitable for glass and the looking glass spray paint she mentions in her post. 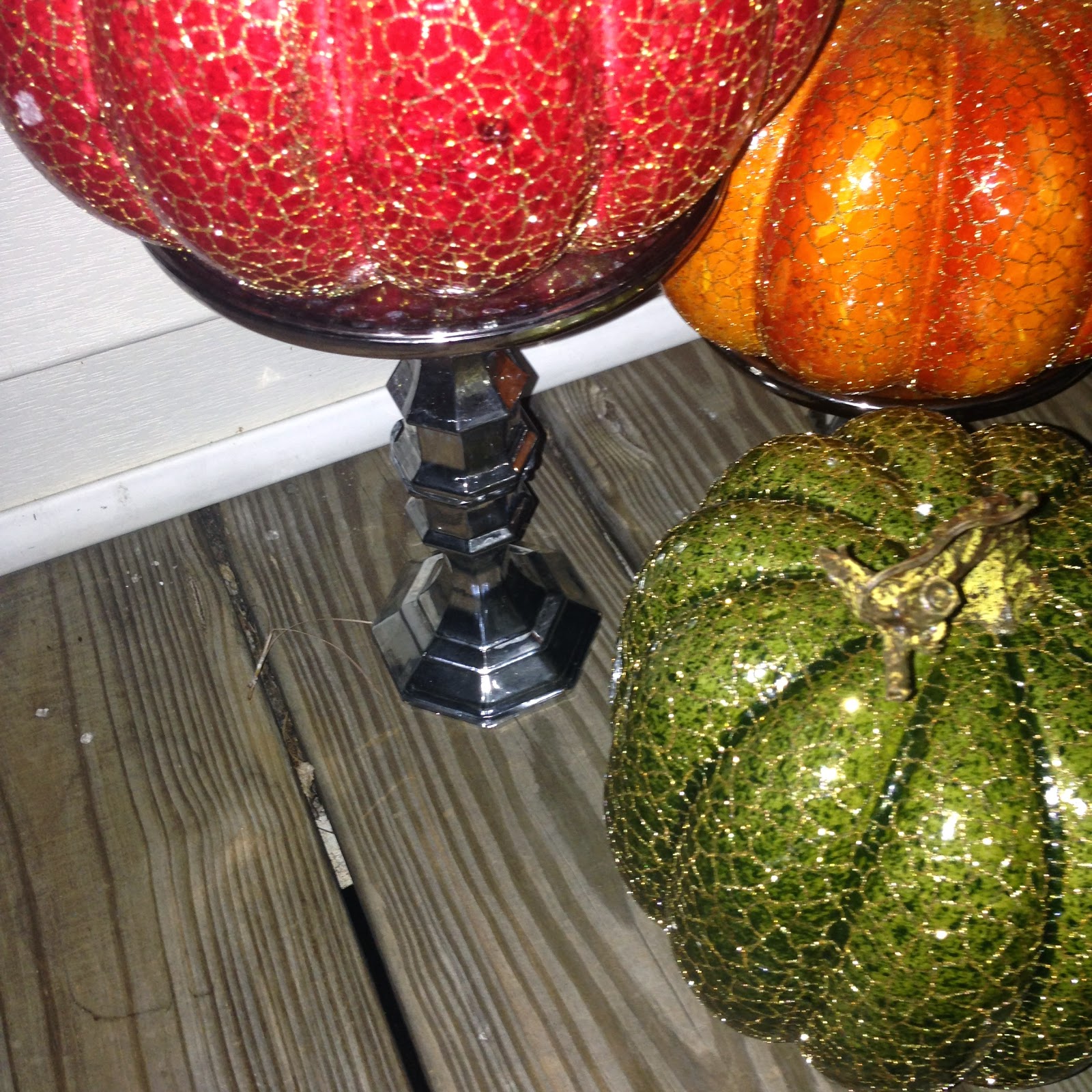 I would say this was a Pinterest WIN!
It was easy even though I don't do a lot of spray-painting and had never worked with that kind of glue/adhesive before.

Just be sure if you try this, you work in a well ventilated area as she suggests; otherwise, you'll be high on fumes!